8.4.21 Energies are again lower on demand concern from Covid...

Outlook: Similar to the first two days of the week, concern about the delta variant and its impact on demand in key consuming nations like China has allowed for a setback in energy values. Today’s EIA report set for 9:30 am CDT should help guide direction. 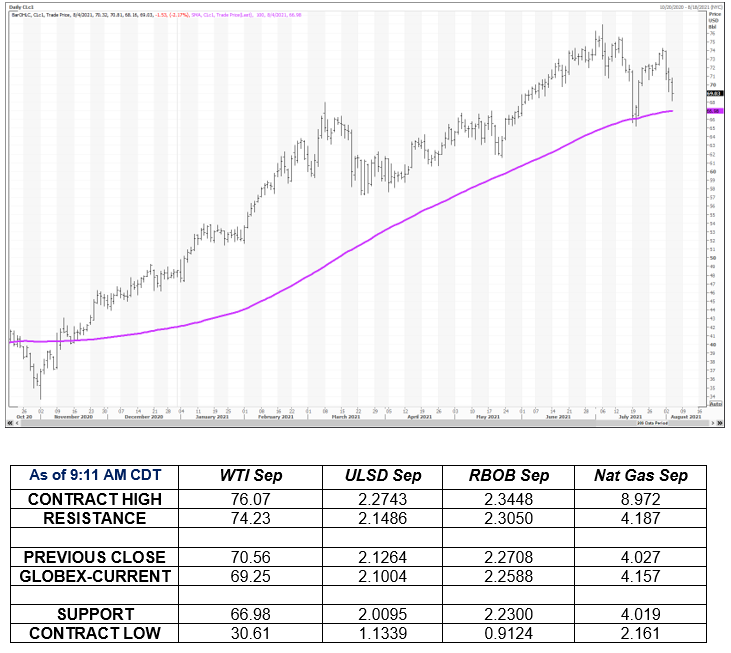