8.12.21 Energies are erring lower after monthly reports from IEA and OPEC

Outlook: The energy complex is working lower as the day proceeds amid ongoing concern about the implications to demand from the Delta variant and IEA and OPEC monthly reports that skewed bearish on the demand front.

August Conway propane has moved to new highs for its months-long move. 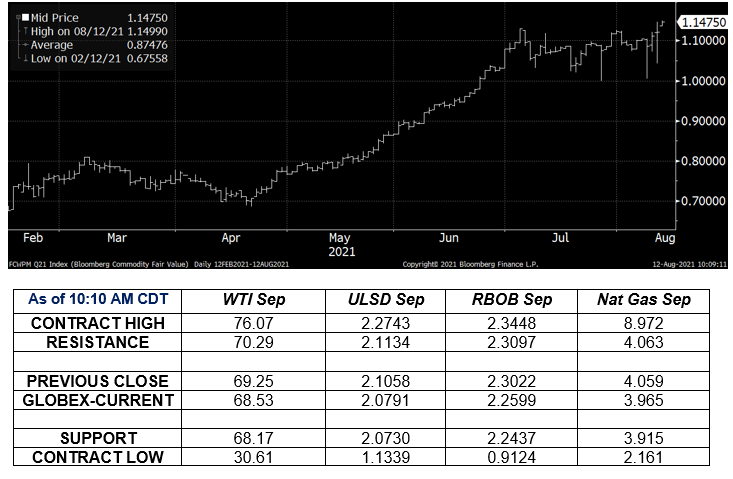