Outlook: The energy complex is moving lower to this point but not in aggressive fashion. WTI is down 21 cents, ULSD is down 1.5 cents while RBOB is 2.1 cents lower. Ongoing concern about demand due to the Delta variant continues to be a main focus point.

Tropical Depression Fred is expected to drop heavy rains as it moves up the western coast of Florida in the coming days. 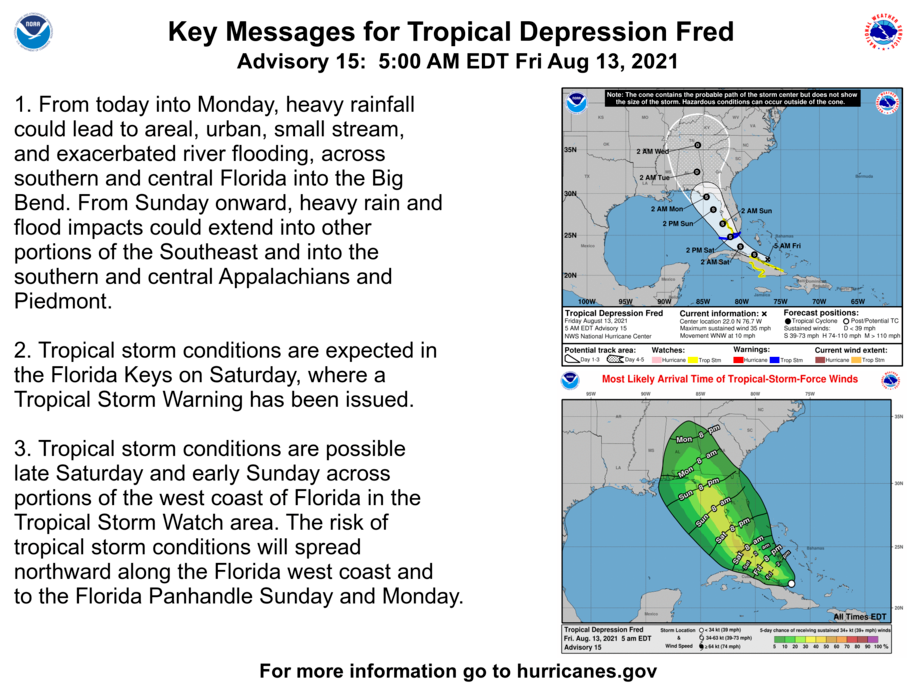 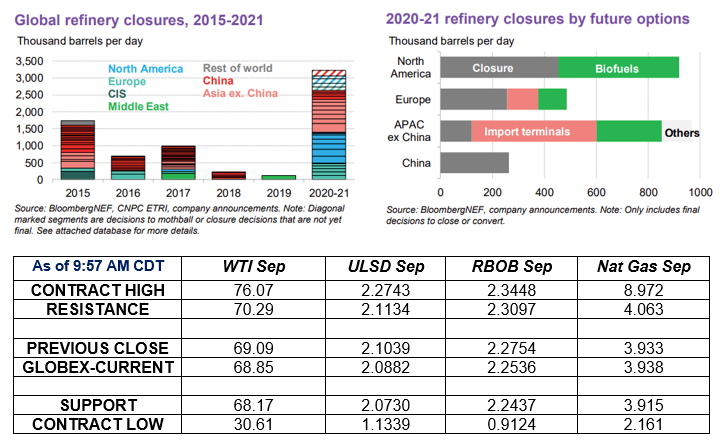