Outlook: Energies are mixed this morning in front of weekly inventory stats from the EIA set for 9:30 am CDT. WTI is slightly lower, ULSD is up a penny while RBOB has tacked on 4 cents. The US dollar is higher and equities are near unchanged. OECD inventories have continued to decline despite the Delta variant but concern remains about demand, particularly for jet fuel. Considering recent volatility and price movements, today's stats should provide the key input for the balance of the day's trade.

Continuous Daily RBOB: After falling below the 100-day moving average and a poor weekly settle, we have seen a strong 3-day advance. A bullish move from here would need the help of supportive fundamental headlines to get back to trendline resistance near 2.40. The 100-day acts as support at 2.1665 followed by rough trendline support near 2.1300. 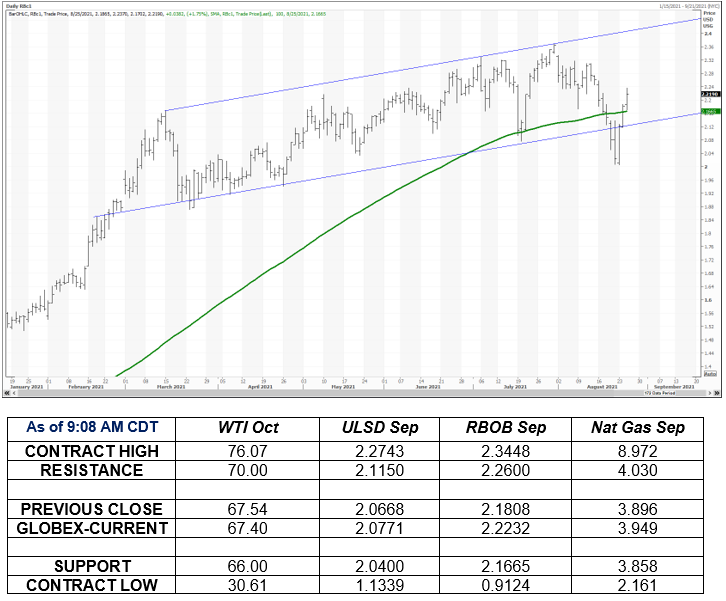