8.30.21 The crude markets have fallen lower this morning

Outlook: The crude markets have fallen lower this morning after surging higher during the overnight session due to Hurricane Ida. The hurricane was seen weakening shortly after making landfall and is now classified as a tropical storm. Gasoline markets led the rally overnight as analysts expected oil production to return online faster than refineries in the region. RBOB futures are also seen holding in positive territory this morning as crude and ULSD futures pare gains. Now as markets steady, traders have turned their attention to the upcoming OPEC+ talks, but will also await updates on any damages reported due to the storm.  In outside markets, the S&P 500 was seen setting another record high today, continuing to find support from Fed Chair Powell’s comments last Friday. 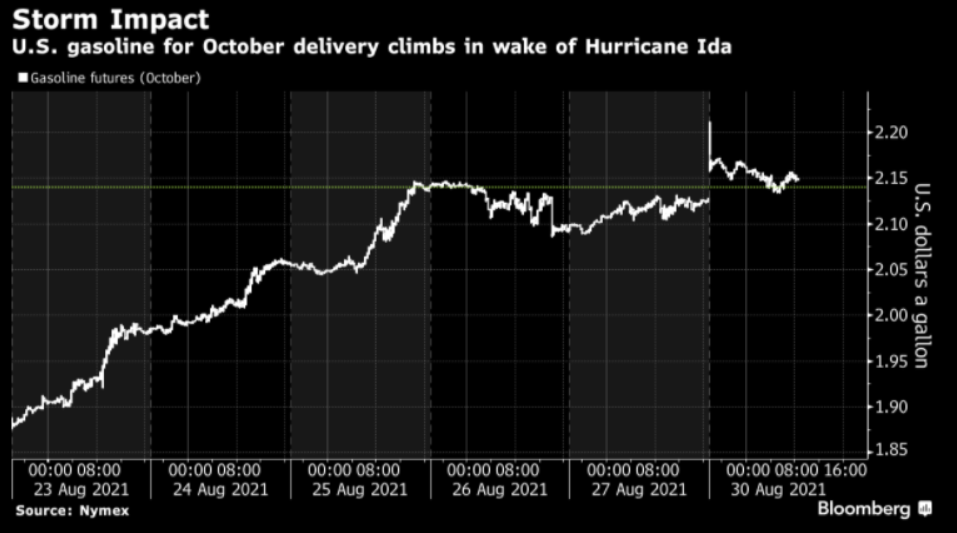