Outlook: Energies have eased from earlier highs as the market digests a disappointing US jobs report. Choppy trade has ensued. On one hand, a poor jobs report suggests lower demand from motorists, and on the other the reaction has been lower on the dollar, which is generally viewed as supportive to commodities including energy.

US Propane days of supply: 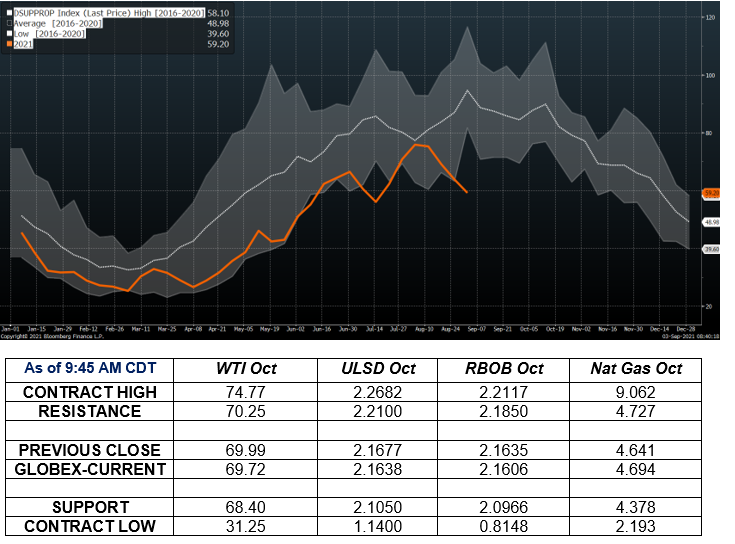