9.9.21 Energy futures are trading lower this morning despite the bullish reinforcement

Outlook:  Energy futures are trading lower this morning despite the bullish reinforcement from yesterday’s API report showing larger than expected product draws. Supply disruptions from Hurricane Ida seem to be battling against continued uncertainty with Covid. Weakness also stems from reports that China will be releasing state crude oil from its reserves for the first time. Traders will look to see if the EIA confirms these large draws this morning, with a majority of the focus on product markets. Additionally, much of U.S. offshore production remains offline, and if this continues for an extended period, we expect to see further support brought into the markets. 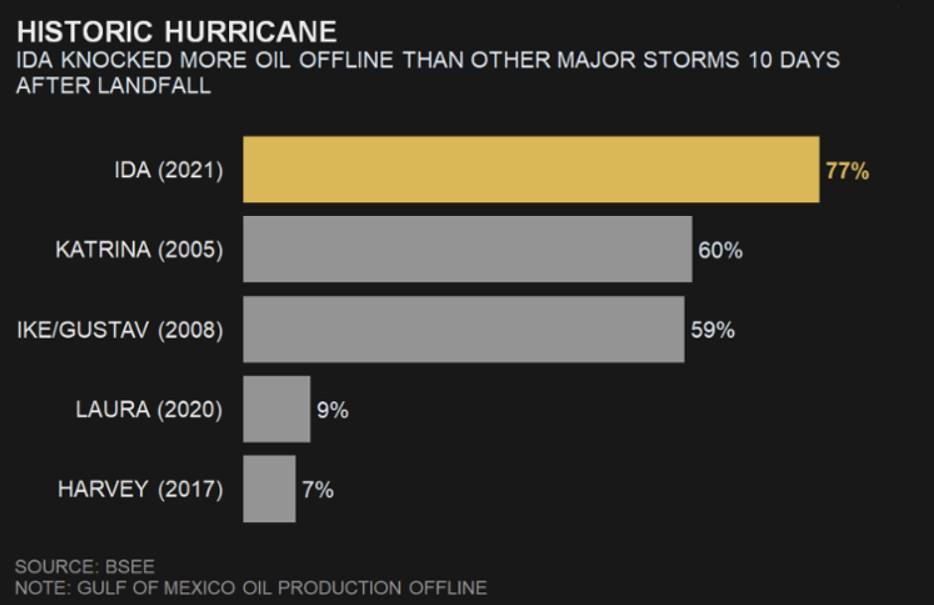