Outlook: Yesterday WTI settled above $70, the first time that has occurred since August 3.  Ongoing production outages in the Gulf of Mexico and a weaker dollar act to provide a modest amount of support this morning. Nicholas made landfall in Sargent, Texas as a Category 1 before being quickly downgraded to a Tropical Strom. So far reports of damage to energy infrastructure has been limited, but Colonial was forced to shutdown 2 main lines due to power issues. 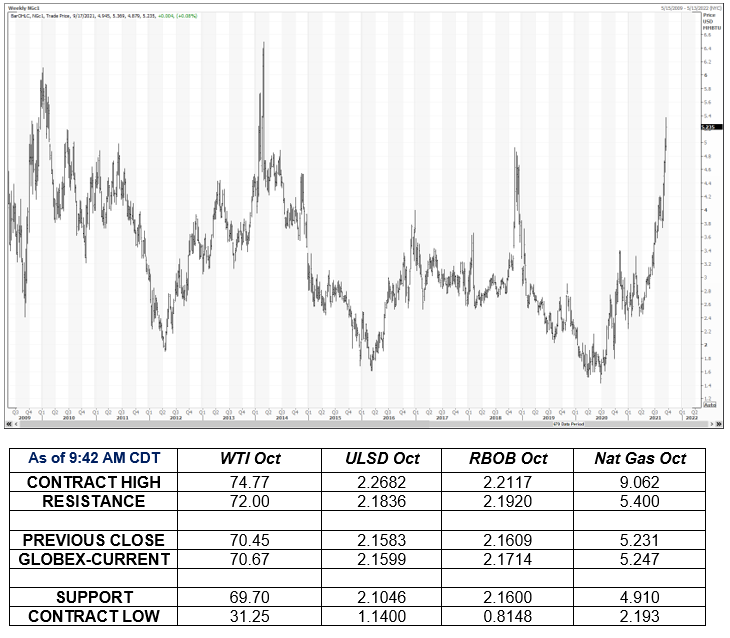