Outlook: Millions of barrels have been taken off market due to the impact of Hurricane Ida on Gulf oil production. The trend of reducing petroleum inventories continues, providing solid price support. In front of today’s EIA report, an industry group yesterday afternoon reported across-the-board draws, including in Cushing, helping to give energies a strong push higher this morning. Meanwhile, the strong rally in natural gas continues with the nearby contract pushing above $5.50/mmbtu. Propane is up 4 cents to start.

This one chart sums up the overall bullish view. Its not readily discussed in the marketplace but I think should be. This is net petroleum inventories in the US as of last week. All indications suggest we will see another net draw reported at 9:30 am CDT this morning. 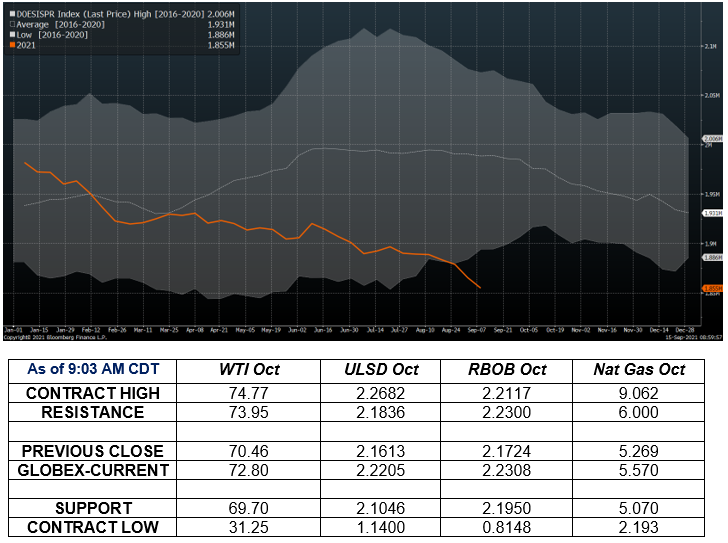