Outlook: Energies are slipping from outside forces like a stronger dollar and weaker equities. However, the entire energy complex is well supported from a fundamental perspective. The influence from Hurricane Ida is waning, however we may see a net overall petroleum draw again when the EIA releases its weekly report tomorrow.

Brent rose above $80 in today’s session before a pullback to the current trade at 78.66. 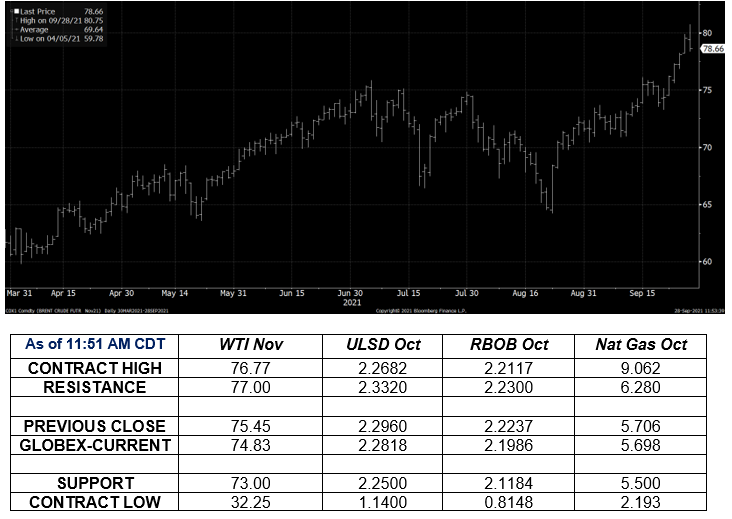