10.1.21 Crude and products both currently sit in positive territory

Outlook:  Crude and products both currently sit in positive territory this morning, with oil markets making up their earlier losses and pulling higher after the open. Traders focus most of their attention on the upcoming OPEC+ meeting that is scheduled to begin this coming Monday. Previously the group was expected to keep production plans unchanged, but with the ongoing energy crisis across the globe many are looking towards the group to help ease tightness. Several people familiar with the matter have reported that they expect the group to add additional barrels beyond the current 400,000 bpd plan. No details however have been given regarding how many extra barrels could be added. Supply tightness will continue to push markets higher, but markets will likely take next week to reassess the current situation depending on OPEC’s decision. 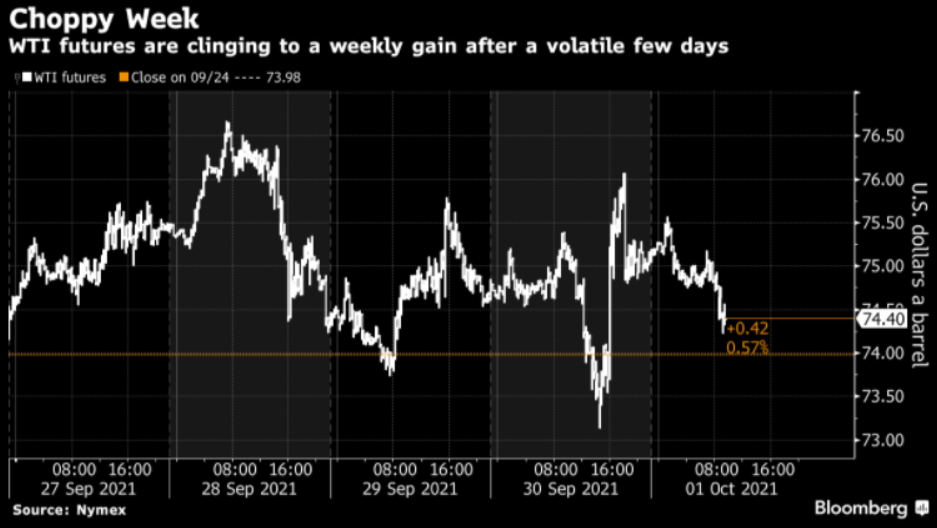