10.5.21 Another day higher for the energies with crude pushing above 78 a barrel

Outlook: Another day higher for the energies with crude pushing above $78 a barrel, the highest level seen since November 2014. Support continues to stem from the OPEC+ decision to stick with the current planned production increases. The group will add just 400,000 bpd of production through April 2022, citing slower Q4 demand. Analysts however view this decision as another catalyst to the already tight markets, expecting that demand will outstrip supply for the next few months. Citigroup has stated that they believe the group may meet before the next scheduled meeting as the energy crisis continues. The group reasoned that most analysts have a higher expectation for demand in coming months compared to OPEC, leading to the group possibly reconsidering its stance. 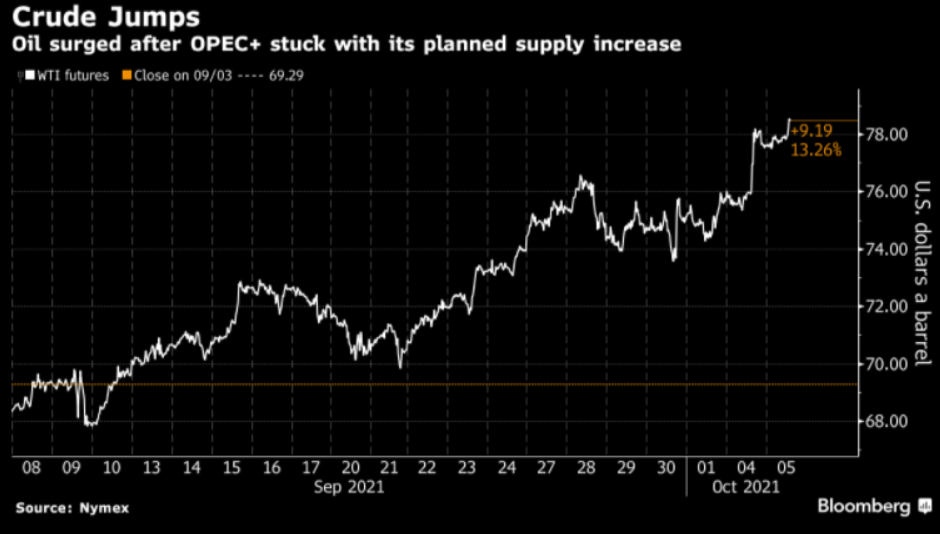