10.7.21 Another day of weaker headline trade for the energy markets

Outlook: Another day of weaker headline trade for the energy markets this morning. Prices have somewhat recovered from overnight lows, but remain in the red. Focus currently remains on several recently released headlines discussing current tightness in the markets and potential solutions. Russia announced yesterday that record volumes of natural gas could possibly be exported to Europe to help ease their natural gas crisis. Additionally, the U.S. is also considering releasing supplies from the strategic petroleum reserve to aid in tightness as well. U.S. Energy Secretary Granholm also stated that the U.S. could implement an export ban in order to keep supplies in the U.S. and help temper domestic fuel prices. Currently both situations are being viewed as just possibilities at this point, but if realized, some analysts believe new supplies will limit further gains.

After reports that the U.S. may release crude from its strategic reserve, U.S. crude was seen nearing its biggest discount to Brent in 17 months. 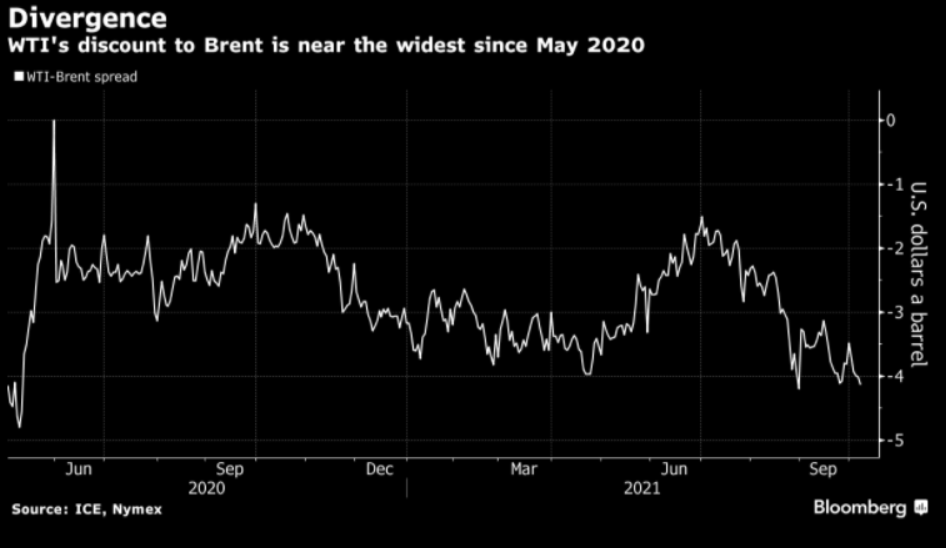