Outlook: Energies are broadly lower today as China may look to intervene in its coal market in order to regulate prices. Recent efforts to control high commodity prices have had little success, however thermal coal prices in China fell 8% overnight. Attention across the energy complex will quickly shift to the weekly report from the EIA at 9:30 am CDT this morning when we will get a fresh look at supply and demand situation in the U.S.

We’ll see an update on US propane stocks shortly this morning but here is the last update: 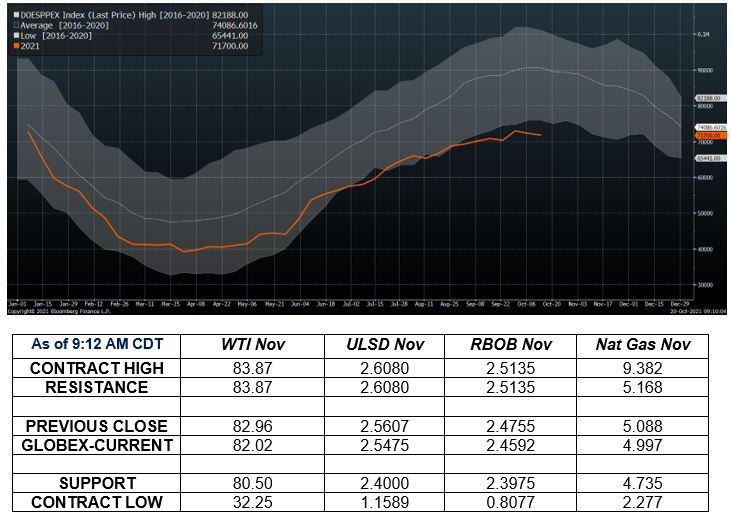