Outlook: After a strong settle yesterday on the expiring November contract, the now-prompt December contract has taken the opposite approach today and is pushing against the lows today with current losses of 2.44 at $80.98. For now we can view today’s move as a correction within a bull trend, however a settle below $80.78 would be a key reversal lower. There is starting to be increased concern about high energy prices and its impact on global economic progress.

Total US natural gas in storage: 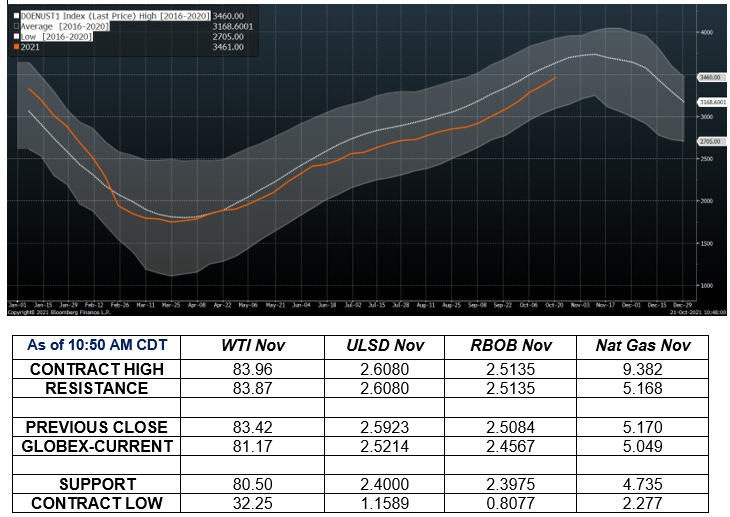