Outlook: Some OPEC+ members, including kingpin Saudi Arabia have been expressing caution about adding more barrels to the market than currently scheduled even as crude timespreads rise sharply. They say caution is warranted due to continued threat from Covid, but I would also suggest a message is being sent to policymakers that petroleum has to treated as necessary within an energy transition to more “green” sources. Crude moved to fresh seven year highs and is maintaining a firm tone as the morning progresses. Trade is getting geared up for the next OPEC+ meeting set for next week and outside of fresh inputs up to then the current trend higher looks to maintain.

Continuous Daily Natural Gas: The 50-day moving average has acted as support since April and last week another test failed. 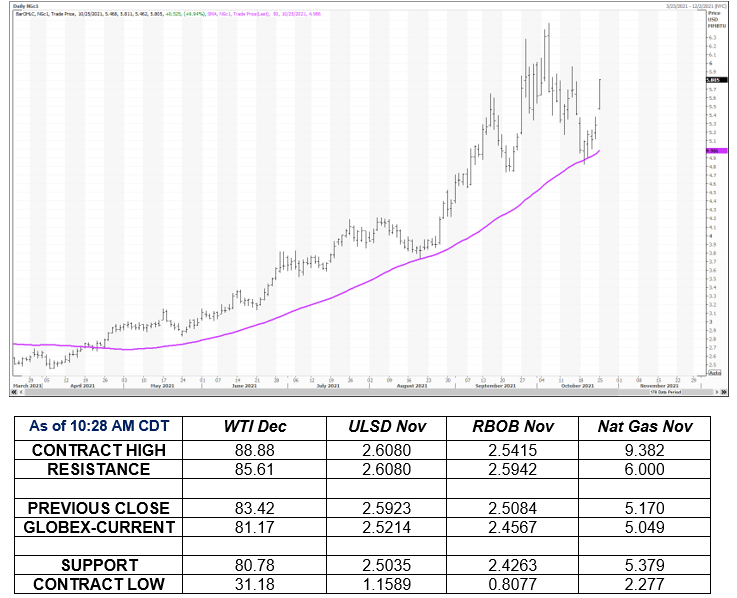