Outlook: There is follow through selling today after a strong move lower yesterday in WTI, ULSD, RBOB and propane. Profit taking after a move to $85.00 earlier this week has aided in weakness. The fundamental outlook suggests global inventories continue will continue to draw through year-end, which should avoid a deep setback and in fact this may be considered a buying opportunity. Even though Iran is moving back to the negotiating table, relief in sanctions to allow for more barrels to market is likely months off. 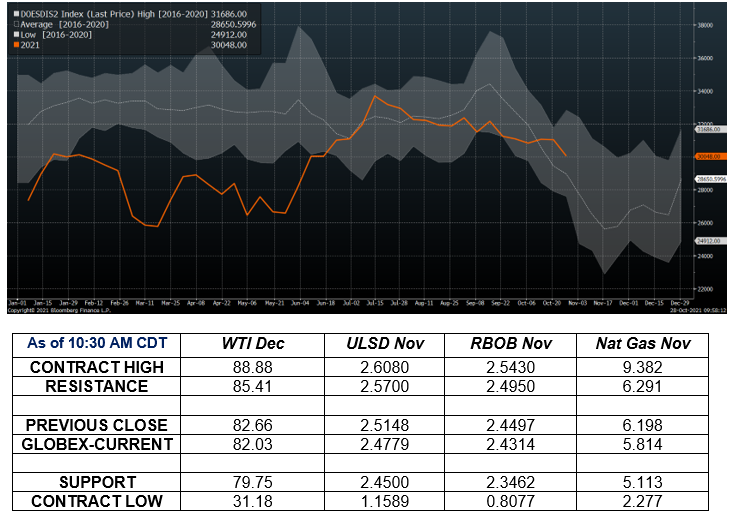