Outlook: The energy complex oil is moving to positive ground in the active December contracts as the morning moves along. Natural gas is near 25 cents lower. Oil is on pace for a near 10% gain for the month as global inventories continued to move lower. OPEC+ is scheduled to increase production in November and they meet next Thursday to decide on December production. India’s oil minister today urged OPEC’s Secretary General to maintain price stability at reasonable levels. Despite broad calls on OPEC to do more, considering uncertainties for 2022 such as demand, Iranian nuclear negotiations and US crude production, I would suggest the base case for next Thursday’s meeting is adherence to its current production schedule, which is to increase production by 400,000 bpd in December. Leading up to next week’s OPEC+ meeting, we could see choppy trade persist near current levels. 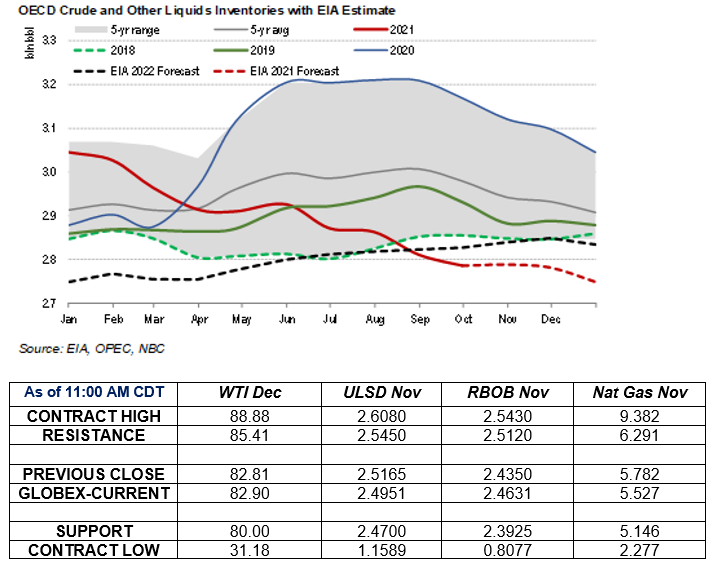