Outlook: US crude stocks typically increase this time of year and combined with additional OPEC+ barrels into the coming months its anticipated that the setback in global inventories that has been ongoing for months may begin to stabilize into 2022. It appears the energy complex has taken this into account in recent sessions, in addition to the prospect of an SPR release. Energy Secretary Granholm said that President Biden may make an announcement this week to address high oil and gasoline prices.  Consider an SPR release may bolster OPEC+'s resolve and could further diminish investment in E&P, which could ultimately be viewed as bullish. In that regard, consider long hedge's in the deferred contracts. 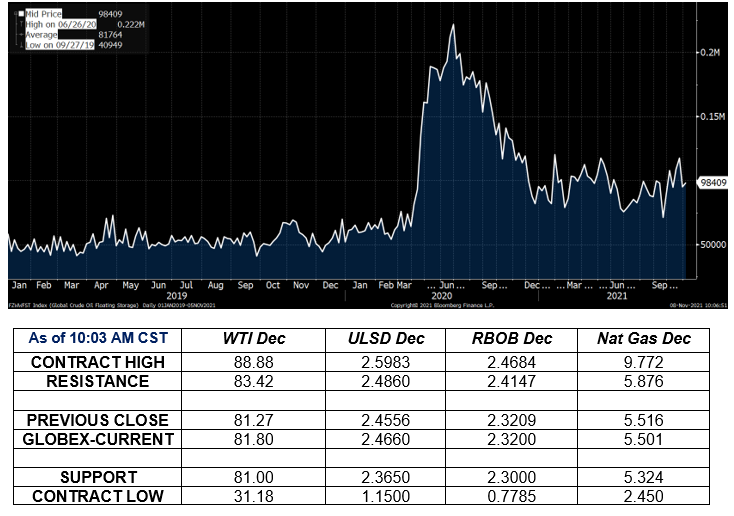