Outlook: Energies are above overnight lows and the complex has moved gains which vary in degree. WTI is 50 cents higher, ULSD is unchanged, RBOB is 3 cents higher, propane is near 2 cents lower while natural gas is 10 cents higher. The market is keeping a peripheral view on the White House and any decision they may make with respect to tempering energy prices amid concern about inflationary pressures and supply chain disruptions. 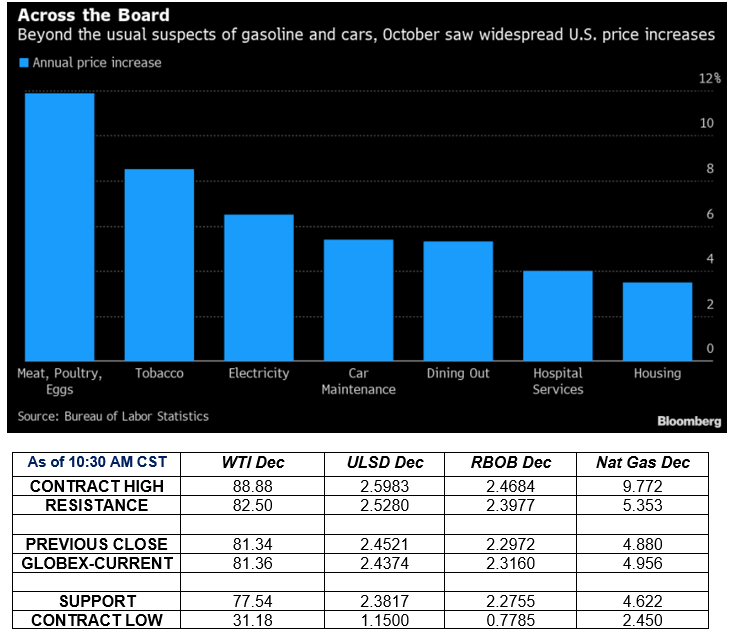