Outlook: Oil is on pace for a third weekly drop amid a stronger dollar and the prospect the White House may do something in an attempt to pull down gasoline prices. A shift to excess global supply starting in 2022 is likely, according to this week’s EIA monthly report. In the meantime we are viewing continued draws, as evidenced by the EIA’s weekly report. 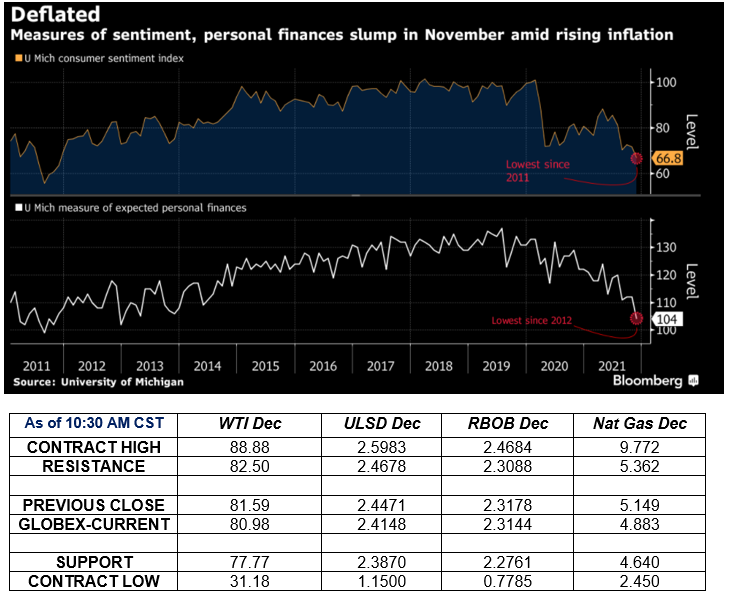