Outlook: Whatever the outcome of the omicron variant, consumer confidence could be hit heading into the holidays, which serves as a negative to sentiment in energies. Fed Chair Powell this morning said it may be appropriate for the Fed to wrap up its bond tapering a few months earlier than anticipated, sending equities reeling lower and pulling energies lower. We will see industry estimates on weekly inventories later this afternoon followed by the more relied-upon EIA stats tomorrow morning. OPEC+ is set to decide on production policy on Thursday.  Up until OPEC+ decides, downside risk appears to be prevalent particularly amid omicron uncertainty.

Currently trading near 2.0500, January ULSD has broken below its 200-day moving average which comes in at 2.1100, which now becomes resistance. Trendline target to the downside is 1.9800. 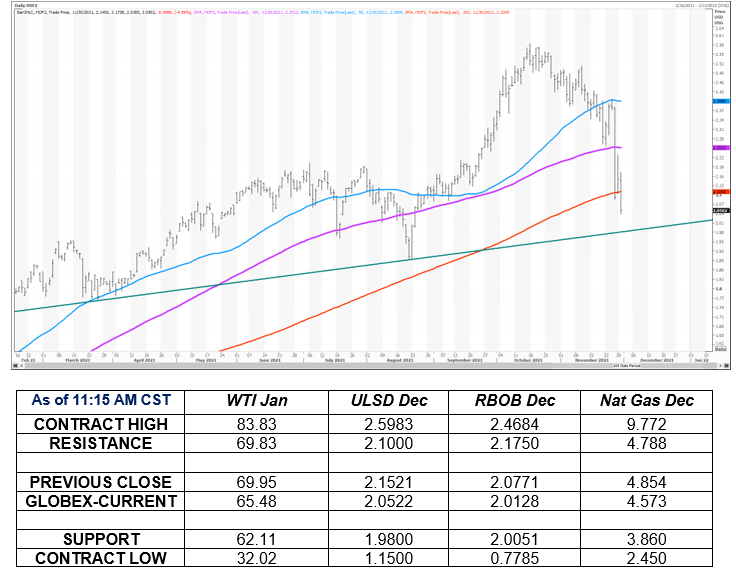