Outlook: Saudi Arabia increased the price of its oil to customers in Asia and the U.S., a signal demand remains strong despite concerns about the omicron variant.  Equities are stronger, assiting crude and products higher. Natural gas is down sharply amid much warmer than normal weather across teh country in the 6-10 and 11-15 day models.

Continuous Daily ULSD: After touching trendline support last week, nearby ULSD has risen back above its 200-day moving average. 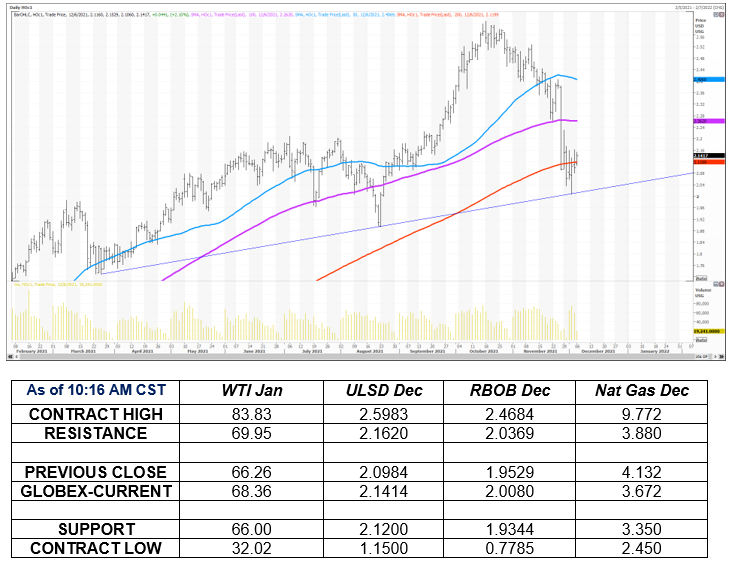