Outlook: Oversupply concerns and the producer price index is pressuring energies to start trading today. The IEA believes aside from omicron demand implications, inventories would still see swelling into 2022 due to suppliers increasing production and governments selling SPR barrels. The PPI beating estimates is an indicator that inflation is already affecting consumers and will put pressure on the Federal Reserve. Omicron reports continue to show the virus is mild compared to previous variants and it’s effect on demand appears suppressed aside from international air-travel. For now the energy complex is taking on a choppy but downward tilt.

Continuous Daily RBOB: After moving closer to its 200-day moving average, trade this week in RBOB has been weak so far with further downside a possibility. 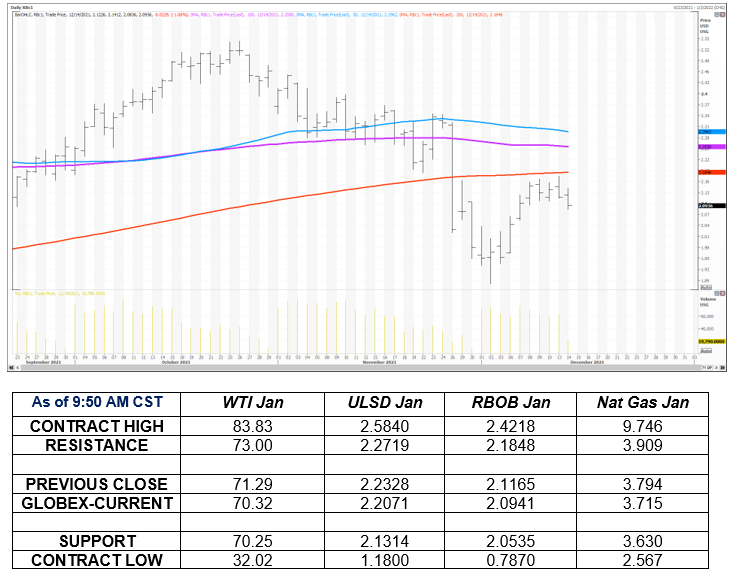