Outlook: After a bullish weekly EIA inventory report, the energy complex has risen from pre-report lows. A 17.8 million barrel draw in total US petroleum inventories amid a surge in demand provides support. Current trade is still lower however with WTI off 50 cents, ULSD down 1.2 cents while RBOB is near unchanged.

Total Petroleum inventories in the US, including the SPR, continues to draw down. 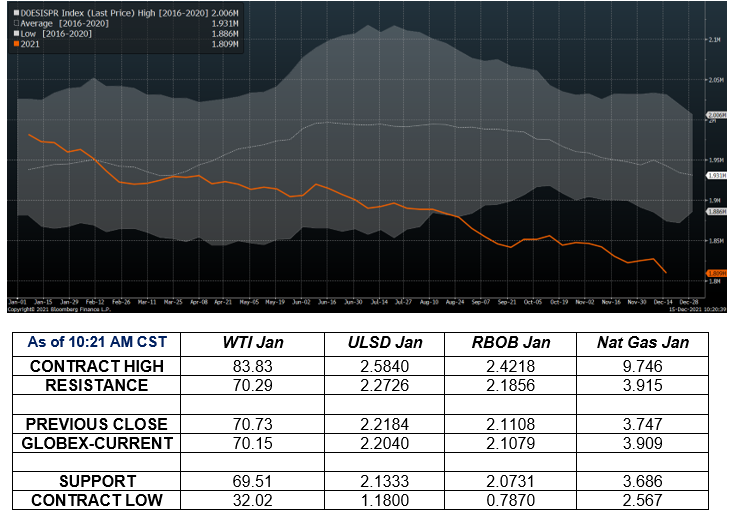