12-16-21 Energies are stronger as the dollar weakens amid supportive fundamentals...

Outlook: The energy complex continues to strengthen into this morning on the back of clarity around Fed bond-tapering intentions, a weaker dollar and a supportive weekly EIA report from yesterday. Further Omicron research in South Africa has developed showing two doses of Pfizer being 70% effective against severe illness and hospitalizations. Positive vaccination news may support holiday travel in the coming weeks and could suppress the economic effects of surging case numbers. 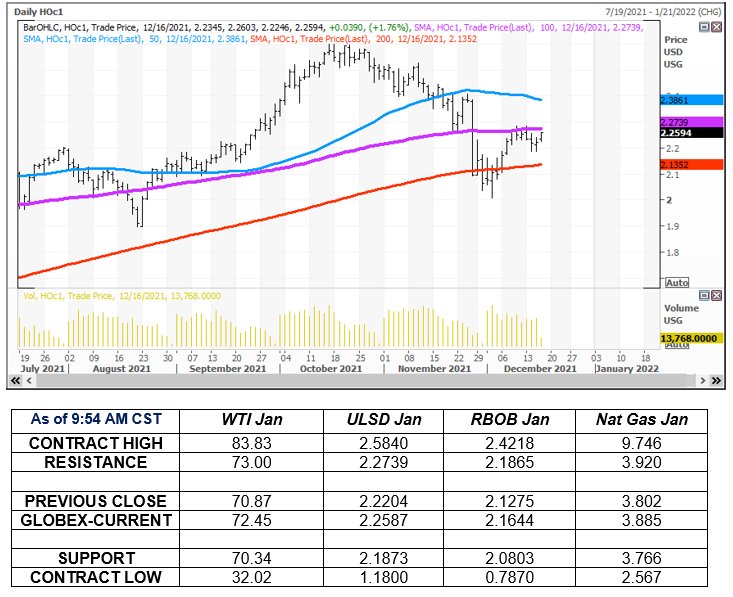