12-20-21 A deep sell-off in energies as markets consider the impacts of omicron...

We are excited to have two new employees that have joined CHS Hedging with focus on energy and fertilizer risk management. You will start hearing more from Riley Schwieger and Michael Dix into the New Year.

Outlook: Energies are lower today as increased restrictions overseas and rising cases of Omicron continued over the weekend. Equities are following suit with Biden’s Build Back Better plan in jeopardy, and the overall health of the economy for 2022 in question. Fauci continues to stand by his statement that nationwide restrictions won’t be necessary to fight Omicron, but the market remains cautious on that view particularly after several entertainment and sporting events were cancelled over the weekend.

Continuous Daily WTI: The January WTI contract expires today and is down more than $4.00 to 66.66 as concern about the omicron variant prompts risk-off across broader markets.  Trendline support comes in below current trade at 65.20 and with the current pace of losses this morning this level could be tested today. 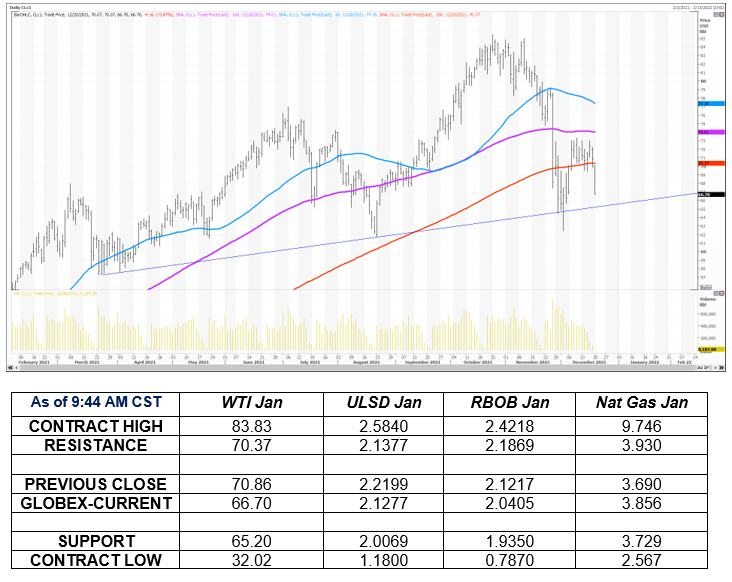