Outlook: Energies and equities are rebounding this morning and have moved well above yesterday’s mid-morning lows. Crude is up nearly two dollars, retesting its 200-day moving average. President Biden announced he will send 500 million free home testing kits starting next month which could lead to an increase in testing and an uptick in overall cases. The president will also address the media this afternoon to outline steps to fend off Omicron. This afternoon and industry group will provide their estimates on last week’s crude and products supply shifts and tomorrow morning brings the official stats from the EIA. Last week the EIA reported a plunge of more than we saw a plunge in overall US petroleum inventories of nearly 18 million barrels. 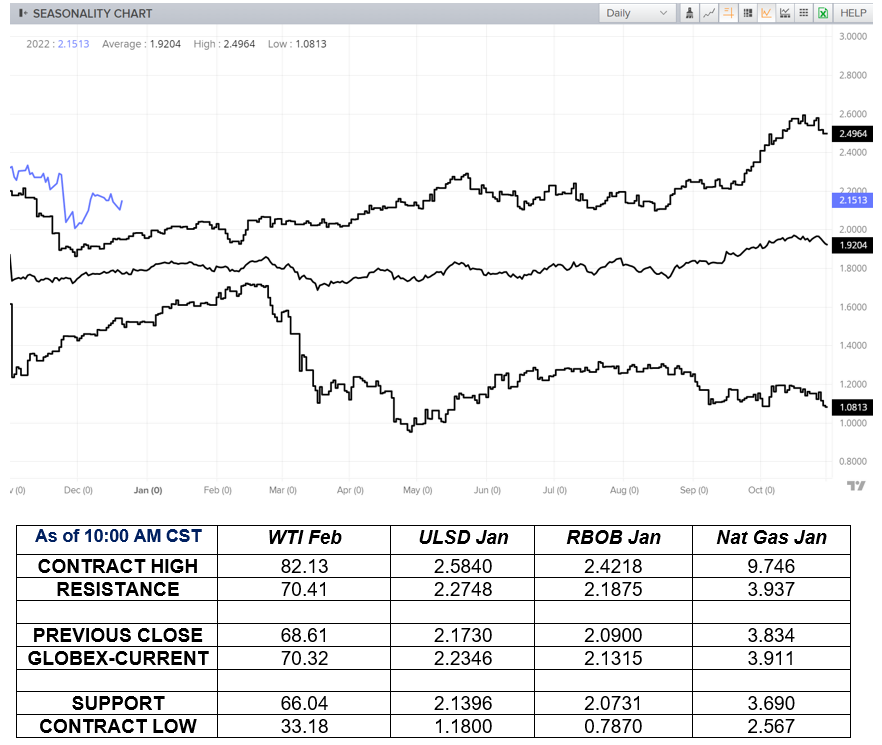