Outlook: Energies weren’t trading too far from unchanged prior to the EIA release trade is mixed amid data that skewed bearish overall. Crude and ULSD are higher while RBOB is lower. Biden met with the media yesterday afternoon and expressed optimism about families gathering for the holidays if they are vaccinated. The encouraging travel news from the President should support demand into next week as the spread of Omicron will continue to be closely monitored.

With the help of another 2.5 million barrel drawdown from SPR stockpiles, total petroleum inventories in the U.S. fell 9.525 million barrels last week and remain well below the 5-year average. This is a clearly supportive force to prices across the energy complex. 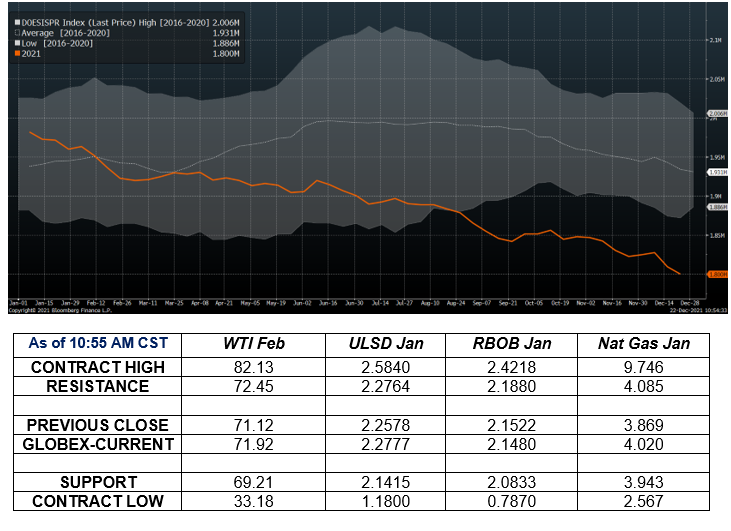