Outlook: Energies are trading higher this morning on an optimistic demand outlook. Travel demand appeared to be strong with over 5 million people passing through airport security on. The CDC reduced isolation time to 5 days, which supports the narrative that the omicron variant is less severe and the market may continue to shrug off increases in infection rates. Reuters initial estimates are showing another draw for crude which would be the 5th straight week of inventory declines. API stats are due this afternoon and EIA stats are set for tomorrow morning.

Continuous Daily RBOB: The recent move higher has positioned RBOB back to its 100-day moving average (purple line) which trade is grappling with currently. The 50-day (blue line) is nearby resistance at 2.2578 while the 200-day (red line) would act as support upon a setback at 2.1895. 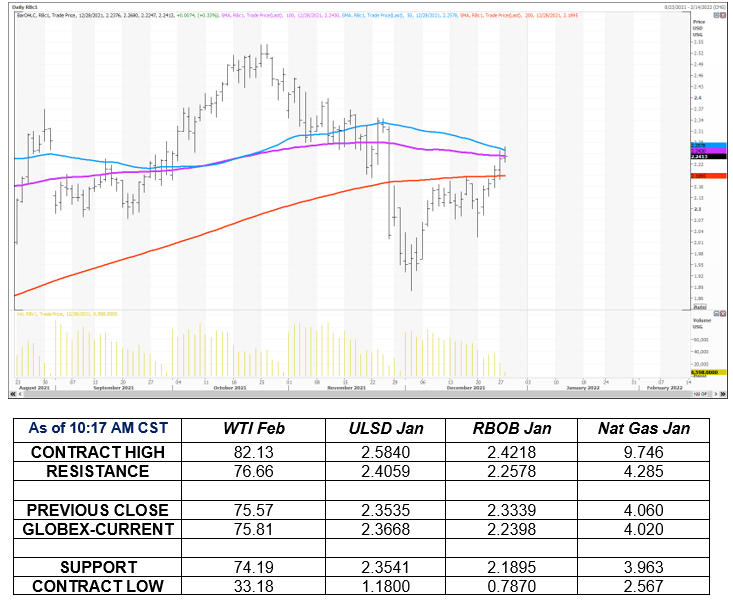