Outlook: Energies are higher this morning despite another record day of new Omicron cases yesterday. Governments continue to lean towards dialing back restrictions to strengthen the economy likely due to the lessened severity of the variant. Travel data using Apple’s mobility tracking is showing increases in the majority or European and Asian countries which shows optimism for demand recovery in 2022. Trade is light today ahead of the New Year, but attention will be drawn back in quickly to start 2022 as OPEC+ is set to meet next Tuesday.

Propane inventories are at the low-end of average for this time of year and with exports expected to remain robust the market will be sensitive to any cold weather shifts into the balance of drawdown season. 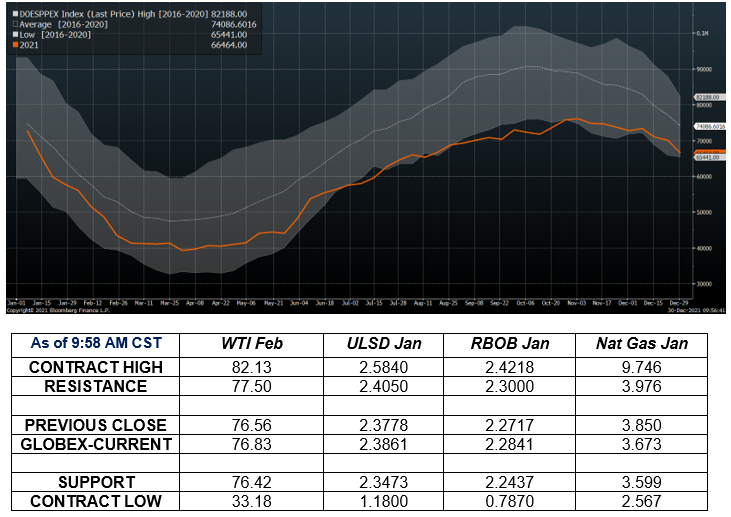