Outlook: Energies are trading higher to start the morning looking to regain strength after crude fell $1.78 to end the year on Friday. Libya’s oil production drop and OPEC+ dropping their surplus number by 25% have WTI trading around 50 cents higher on the day. Covid cases continue to surge at record levels which continues to suppress market gains. While it seems to be pre-released that OPEC+ is going to stick with their production increase of 400,000 bpd, the meeting will still draw attention to see how they’ll handle the anticipated surplus down the road. OPEC+ has also reiterated that they are not concerned with long term demand impacts from the Omicron variant. 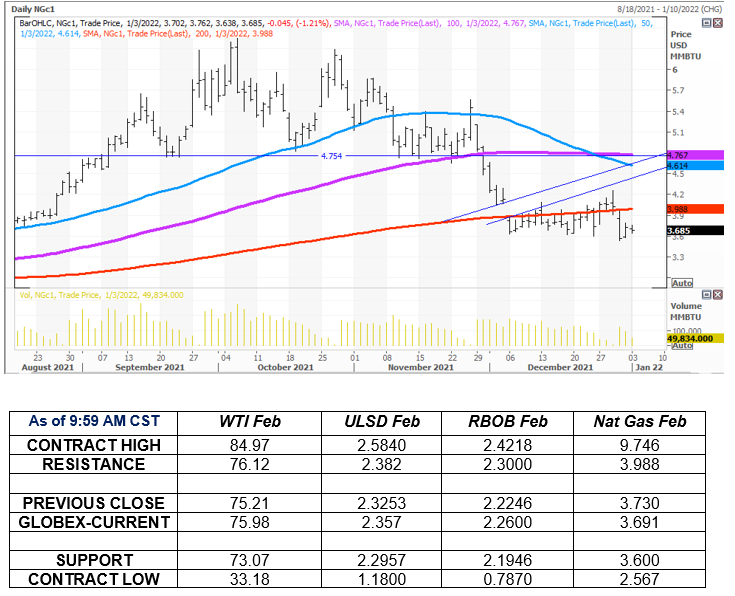