Outlook: Energies are seeing modest gains across the board to start the morning. The API reported a larger than expected draw yesterday while products saw significant builds. The EIA will look to confirm inventories this morning with Reuters estimating a 3.3 million barrel draw for crude, 1.8 million barrel build for gas, and a 1.5 million barrel build for distillate. Omicron now makes up for nearly all of the covid cases in the US however the market continues to shrug off the surging case numbers as hospitalizations remain low. The dollar is lower today, adding support to energies.

Natural Gas has found a trading channel between $3.60 and $4.00 throughout December and into January. Conflicting weather in the US will continue to provide rangebound volatility. The 200 day moving average will act as resistance. 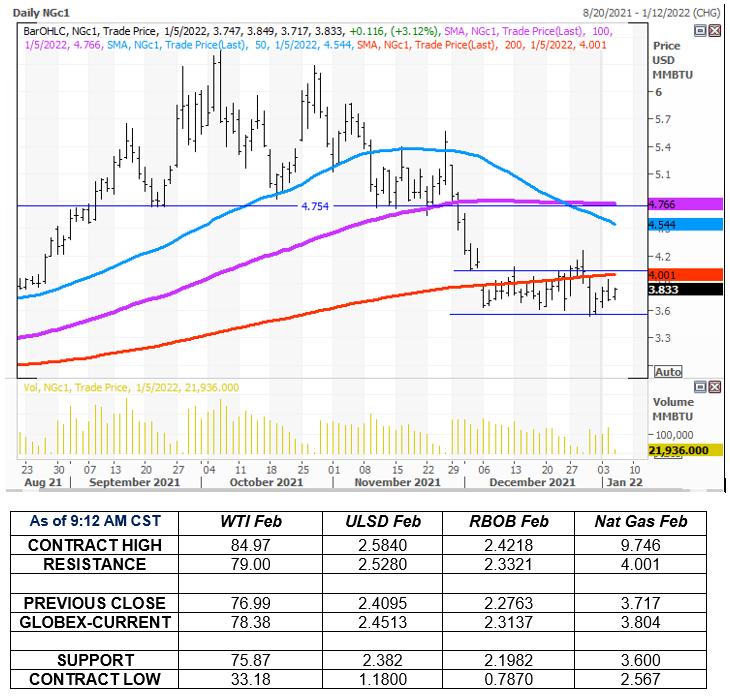