Outlook: Energies are holding steady ahead of the EIA report this morning. Biden expressed he is still determined to lower fuel prices but knows it will be a challenge as there is a lot of bullish momentum behind the market despite the dip today. The crude build estimated by the API could be helping suppress markets to start the morning. The EIA numbers will likely take control after numbers are released. If we see another draw which is estimated by Reuters, we could see the market turn green quickly. Alternatively if the EIA falls in line with the API numbers we could see this slide extend lower.

The chart below shows US drilled but uncompleted wells count (white line) in relation to US production (yellow line.) There are two concerns here, the extent of DUCs declining and increasing concern over a lack of frac crews to complete remaining the remaining DUCs. 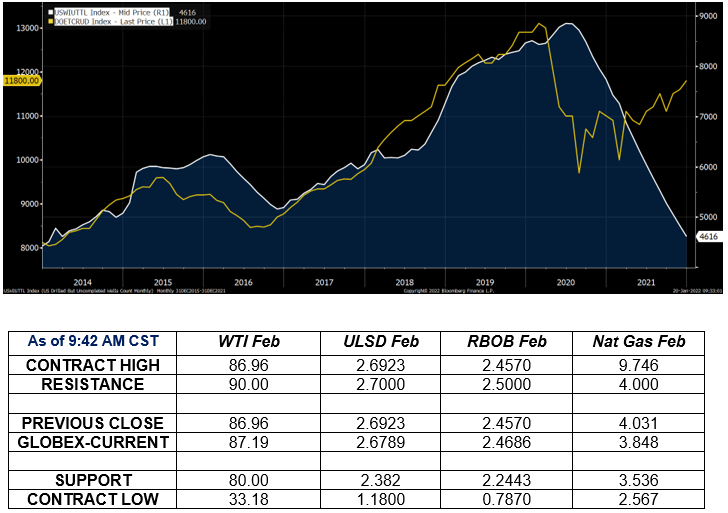