Outlook: Energies are pressured this morning with WTI down more than a dollar and products down more than two cents. A Continued setback in equities brings concern about the economy and the U.S. dollar is higher. There’s also concerns that the recent rally has been stretched with 12 bullish bets for every bearish one, which is the largest ratio since November. We expect continued volatility this week as there are still many bullish factors looming in the market. The Russia/Ukraine situation, supply concerns and Federal Reserve actions remain points the market will key in on.

Oil Demand: As we continue to move further away from Covid, demand remains on a steady growth track. Saudi Aramco continues to express concern over lack of investments in oil production globally. 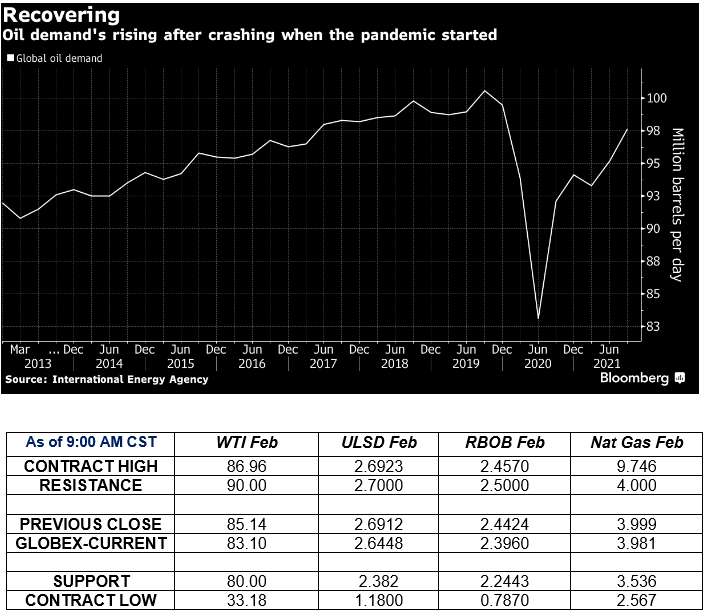