Outlook: Energies are climbing to start the day and look to post their 6th consecutive week of gains. The Fed and its efforts to fight inflation haven’t been able to stop the momentum in energies with supply concerns and growing demand in focus. Russia has expressed it’s willing to engage with US security proposals and stated they do not want war however, the market does not seem to buy it. The market will look to OPEC+ next week at their planned meeting where they are expected to move forward with their 400,000 bpd production increase. A number that will draw attention will be their actual production for January compared to their target, as they only achieved 60% of their December target.

WTI Weekly Change: Oil continues to accelerate due to the imbalance of growing demand and short supply. Bearish headlines have not been able to reverse weekly market direction in over six weeks. If gains extend into next week, WTI will look to surpass $90. 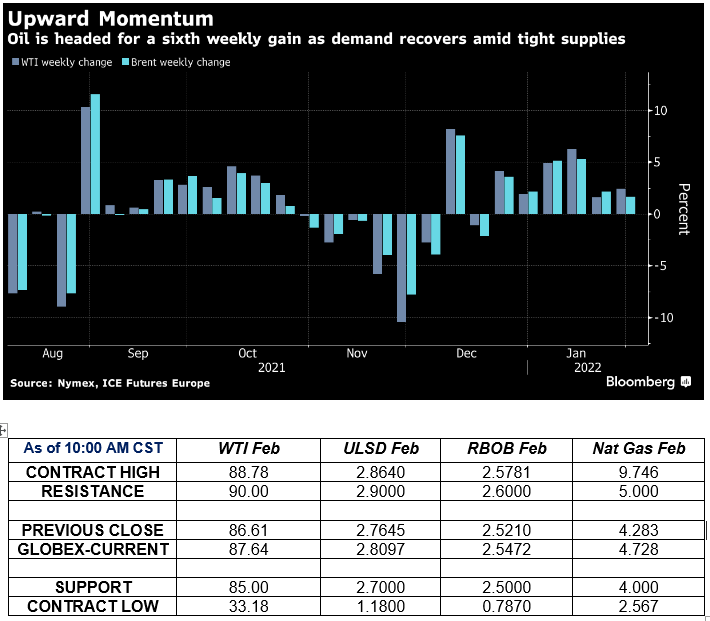