Outlook: Energies are looking for direction this morning as we close out January. Geopolitical concerns remain in the spotlight as Russia continues to move medical supplies to the border. The US will look to finalize sanctions on Russia as communication and progress in negotiations have been unsuccessful. OPEC+ will meet on Wednesday and is expected to move forward with a 400,000 bpd increase despite its members struggling to meet previous production targets. While overproduction in September and November has made up for some of the shortfalls, a trend of underperforming will be closely monitored.

OPEC+ Production: OPEC+ plans to increase production by another 400,000 bpd in March. The image below illustrates the difficulty some of its members are having keeping pace with production targets and as a result have fallen short three of the past five months. 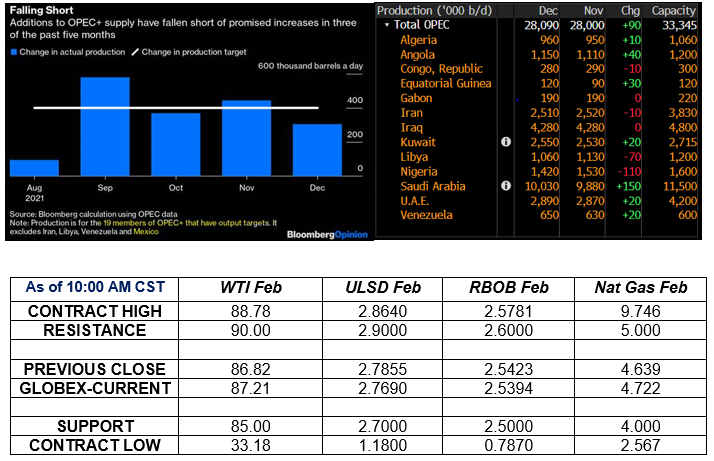