Outlook: Energies are mixed to start the first day of February. A lack of new news has had the markets tracking equities and the dollar, however tomorrow will look to change that. OPEC+ will meet tomorrow morning and is expected to move forward with their 400,000 bpd increase for March and the EIA will report US inventories. There are rumors that the recent rally in oil may move OPEC+ to increase their 400,000 bpd production target. Increasing demand and tight supply were the market drivers in January and that trend is expected to continue if additional supply doesn’t enter the market.

Continuous ULSD: Jet fuel demand remains an area of pressure on the diesel market as travel numbers continue to report below pre-pandemic levels. Winter storms moving across the US have also decreased travel demand due to snow and ice covered roads. 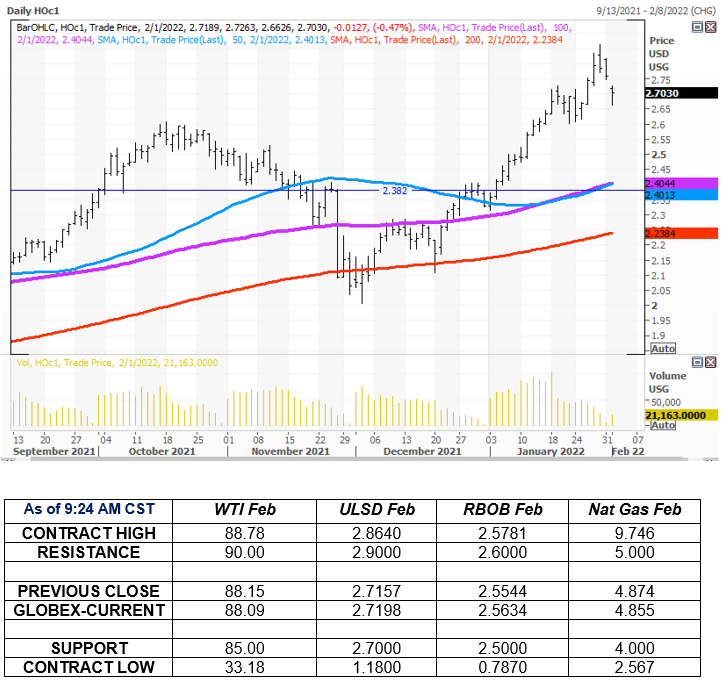