Outlook: Energies started the morning trading higher after digesting the news from the OPEC+ meeting. Crude traded up to a new contract high early this morning of $89.72 after OPEC announced they were staying with their production increase of 400,000 bpd for March. However, after the meeting, Irans oil minister express concern over oil supply and said the US should ease sanctions to allow Iran to re-enter the market. Following this comment, the market reversed and is now down ~40 cents. The attention will turn quickly to the EIA report where a build of 1.5 million barrels is estimated, while the API showed conflicting data with a draw of 1.65 million barrels yesterday. An unexpected draw could give the market additional strength following a bullish OPEC+ meeting and $90 resistance may be tested.

Continuous Natural Gas: Natural gas is surging today and is up over 10%. A major winter storm is moving across the Midwest which brings the risk of supply disruptions on top of back end cold in the forecast. 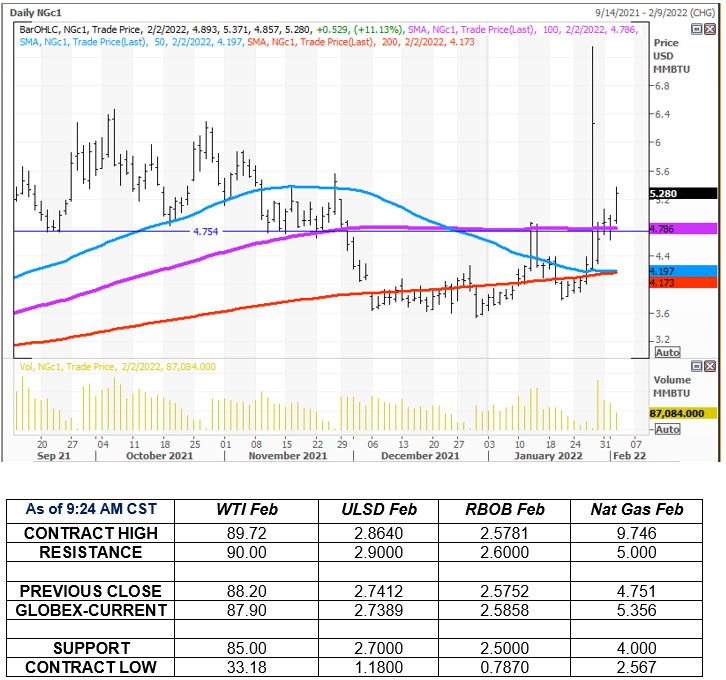