Outlook: Energies are trading lower today reversing the marginal gains from yesterday’s trade. Weak payroll data and equities are holding influence with a lack of energy news in the headlines. A surprise drop in private payrolls suggests a temporary slowdown in the economy which can be tied to Omicron. President Putin continues to claim he is interested in diplomacy with no intentions of an invasion, but troops continue to head towards the borders around Ukraine. Production disruptions will be closely monitored as global supply remains tight with demand climbing to pre-covid levels. The $90 psychological resistance will likely continue to hold its ground until a new market driver comes to fruition.

Continuous WTI: A bullish OPEC+ meeting and another net draw of petroleum inventories were not enough to bolster oil above $90. OPEC’s widely publicized increase of 400,000 bpd may have been priced in, as traders are now focusing on whether they can meet their targeted increases each month. 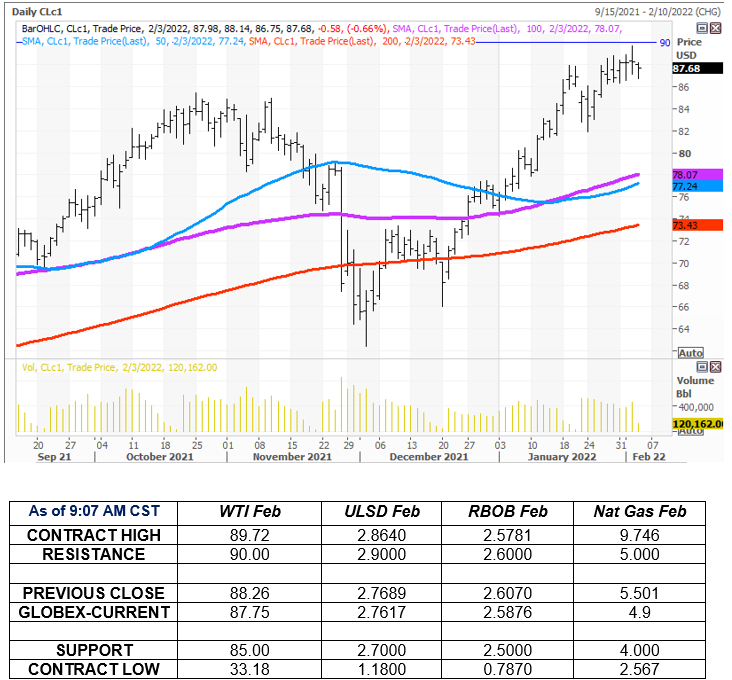