Outlook: Energies are seeing additional strength today after closing above $90 in yesterday’s session. Below freezing temperatures in Texas raised concern that freeze-offs could hinder production and have sent oil to 7-year highs. Inventories continue to draw down which magnifies any threat to current US production. OPEC+ production will also continue to be a key market driver as oil sets its sights on $100. Continued over-compliance has built-in additional market sensitivity as OPEC members continue to experience production disruptions. The threat of Russia invading Ukraine remains prominent as no progress has been made for peaceful diplomacy.

Retail Gasoline: Retail gas prices continue to soar as oil has surpassed 90 dollars. Record prices will continue to put pressure on the Biden Administration, which has been releasing barrels from the SPR in efforts to slow the pace. 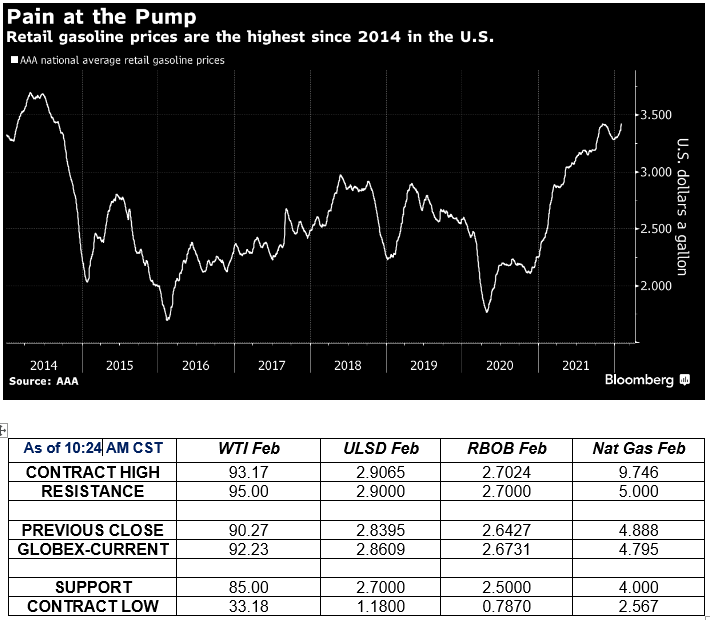