Outlook: Energies are continuing to pull back today as oil has traded back below the 90-dollar mark. Bearish headlines have managed to control the market this week as prices come off 7-year highs. President Putin assured French President Macron that there are no plans for an invasion in Ukraine. President Biden also received backing from German Chancellor Olaf Scholz in a statement that they will act together with sanctions against Russia if an invasion takes place. Additionally, progress towards a deal with Iran that could bring back 1 million barrels to the market is helping support today's decline.

US Oil Rigs: The US oil rigs continue to rise but not as fast as they did after previous price recoveries. Many shale firms filed for bankruptcy to manage debt due to the pandemic and are struggling to bring back investors. Environment policies also continue to put pressure and elevate production costs. 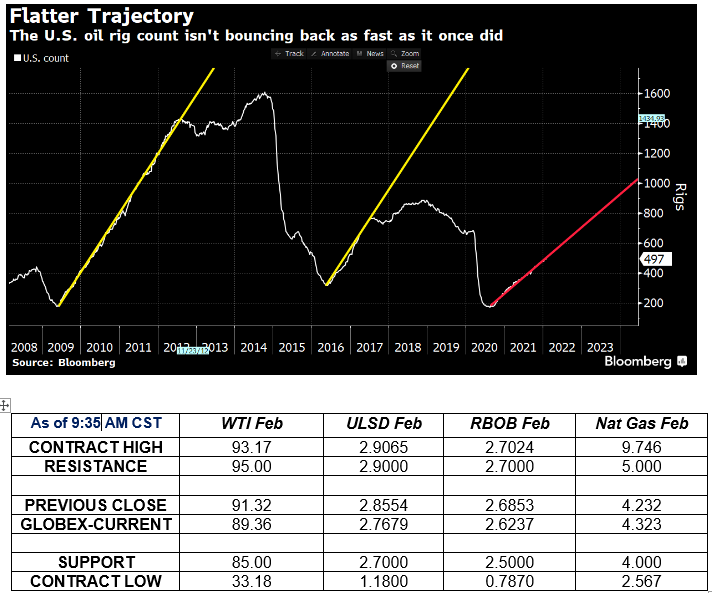