Outlook: Energies were lower during the early morning hours but have rebounded to up to over $91. The US is expressing optimism that progress is being made towards the Iran nuclear deal. The dollar is also seeing strength today after the CPI beat estimates show inflation continues to grow. On the bullish side, the EIA reported another net draw of petroleum inventories. A small build in crude was anticipated however we saw a 4.8-million-barrel draw which pushed markets to their daily high. Falling supplies are accompanied by record demand over the recent 4-week stretch at 21.9 million barrels. The oil market has found comfort trading back and forth around $90 so far this week and it looks like it will take significant news to pull away in either direction.

WTI Stockpiles: Oil stocks saw a surprise draw after estimates called for a small build of 800,000 barrels. Demand recovery continues to outpace production and is helping support oil around $90. 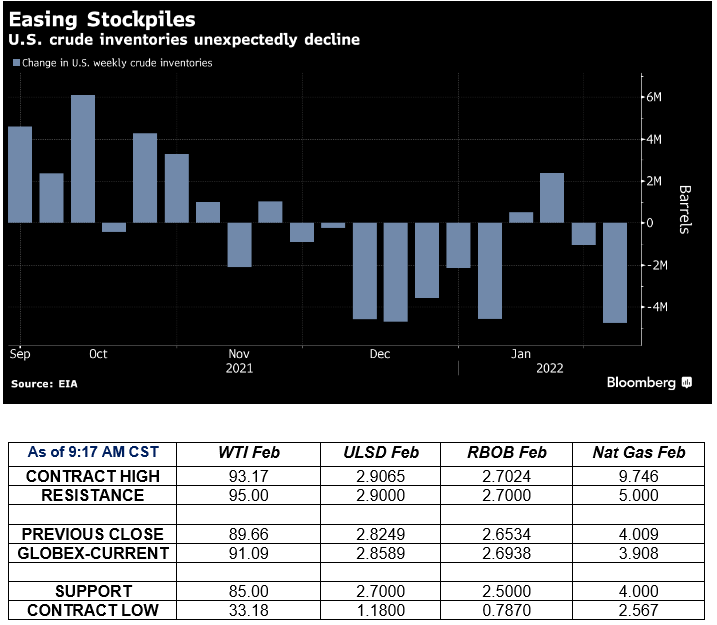