Outlook: Energies are trading higher this morning with WTI crude up over a dollar and trading near $91. Products are following along as The IEA released their data for the month of January. The report was bullish as it highlighted the global supply concerns particularly OPEC+ inability to produce at their stated goals. The tight market has given a bump to energy at the end of a week that is on track to record its first weekly loss since December. Geo-political conflict still looms as President Biden told US citizens to leave Ukraine immediately.

Big Oil: Major oil producers continue to see record cash flow with the rally in energy. Cost-cutting measures taken during the pandemic have allowed for top companies to see cashflows that match 2008 levels despite oil trading under $100. Combined they lost nearly 19 billion in 2020 and have managed to recover to 31 billion this quarter and a 9 year high. 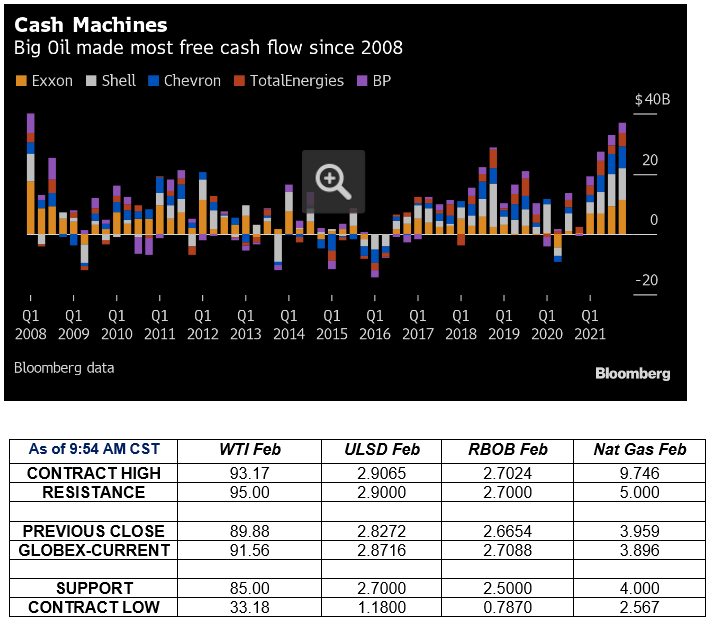