Outlook: Energies are pulling back from new contract highs overnight. WTI traded up to $94.94 overnight but has worked its way back to even this morning. The market will have a microscope to the Russia/Ukraine tensions this week as remarks from a Russian diplomat expressed interest in continuing talks against an invasion. Russia also remains optimistic that an Iran nuclear deal is close to completion however, Iran has pointed the finger at the US holding things up. The stage is set for a volatile situation where big swings could take place if the major market drivers move in the same direction. If Russia/Ukraine deescalates alongside the revival of the Iran nuclear deal, markets could see significant downside. On the bullish side, if Russia moves ahead with an invasion, crude will likely test $100 as sanctions will likely target Russia’s exports.

Retail Gasoline: Efforts to reduce fuel prices have been unsuccessful as geo-political tensions push crude to 7-year highs and product inventories remain depleted. Driving demand is expected to increase as winter moves to its home stretch and more Americans will feel the pain at the pump. 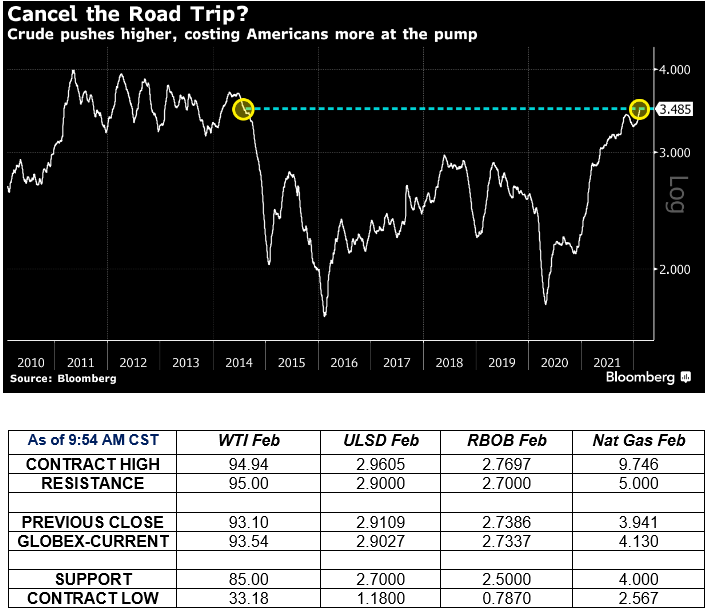