Outlook: Energies are sharply lower this morning following reports that Russia is pulling troops away from the border. Russia has also expressed willingness for a diplomatic approach to avoid an invasion. There has been a lack of proof of the measures being taken but the market is seeing a large sell-off on the claims with crude down over 4 dollars. Russia still looks for concessions from NATO and Ukraine and military threats will remain a negotiating tactic if troops hold positions on the border. A sanctioned embargo of Russian oil would put additional stress on an already tight supply situation and energies will continue to be hypersensitive to the situation until it resolves.

US Production: US shale continues to recover from the pandemic. The pandemic forced many US producers to extensively cut costs in order to survive the abnormal market conditions. These leaner producers are now profiting more than ever compounding with high prices and are able to push production to new levels. 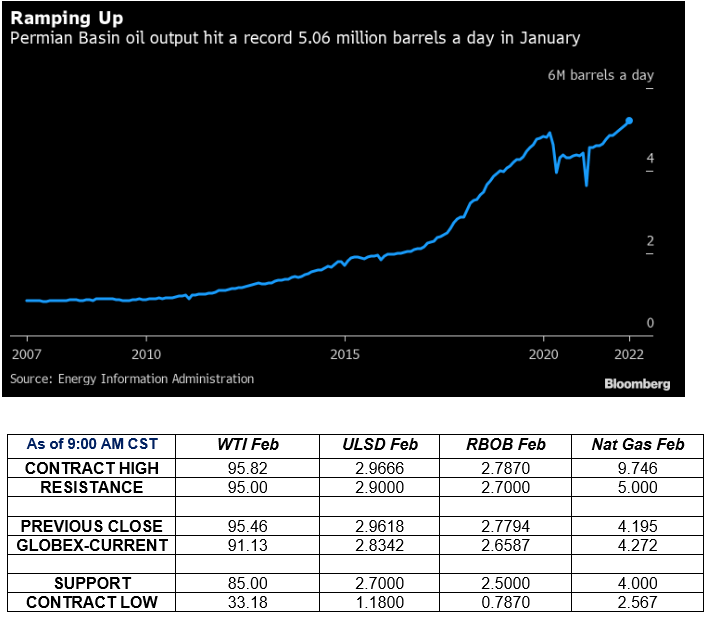