Outlook: Energies are trading higher this morning following the largest single-day sell-off of the year yesterday. Markets are still extremely sensitive towards news coming from the Russia and Ukrainian border. NATO has claimed that Russia is continuing to increase the number of troops at the border as opposed to pulling any back. President Biden is set to speak with Germany’s Scholz this afternoon and will likely cover the discussions Scholz had with Putin the prior day. Underlying support is still coming from continued draws in inventories and struggling production from OPEC+.

Supply from Individual OPEC+ nations: We continue to see OPEC+ struggle to reach their estimated production goals and several of the largest producers including Saudi Arabia and Russia are lagging behind their production commitments. 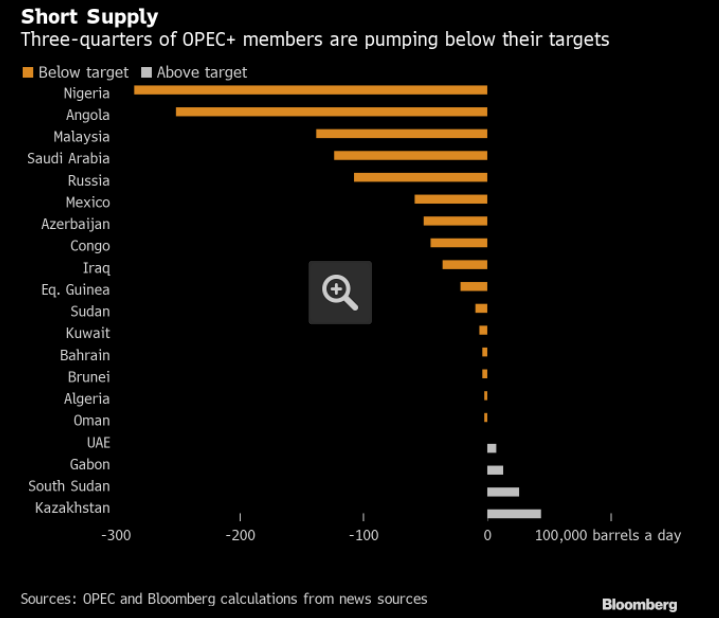