Outlook: Energies are starting the morning lower as a tug-of-war between major market drivers continue. Russia is reportedly sending additional troops including medical supplies to the border, contradicting their report of pulling troops back. The market is paying closer attention to progress involving an Iran nuclear deal which could bring a needed boost in supply to the tightening marketplace. With crude down over a dollar, traders seem to believe the Iran deal is a more immediate market driver this morning. On the US side, the EIA reported another net draw of petroleum inventories as demand continues to surge towards pre-pandemic levels.

Jet Fuel Demand: US airport activity continues to inch closer to pre-pandemic levels. With levels at 83% of 2019, there is plenty of room for growth which will increase demand from an already tight diesel supply situation. 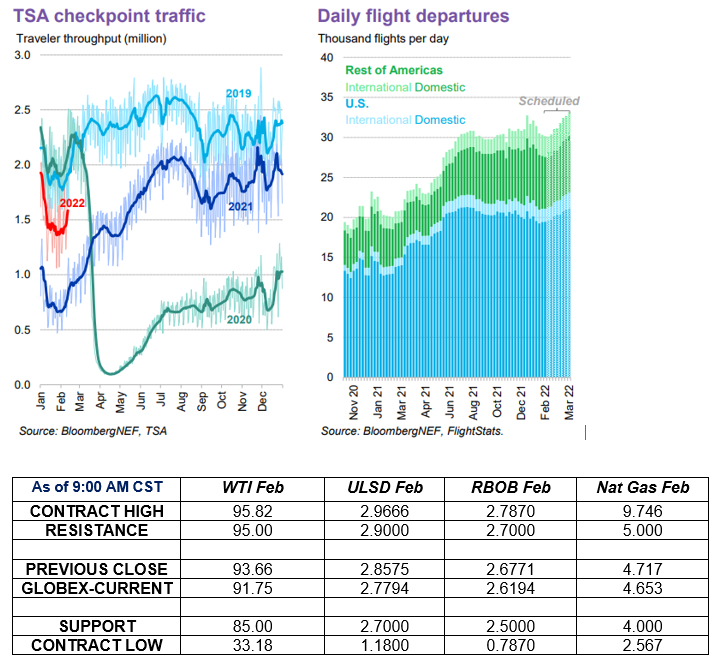