Outlook: Energies are starting the day lower today and will look to post their first weekly loss in 9 weeks. If you recall, last Friday we were in an almost identical situation before a threat of Russian invasion late in the session sent the market up nearly 5 dollars. This week it seems that the threats of invasion have lost influence and the speculation that an Iran nuclear deal is close to completion has taken control of the market. These two key market drivers continue to work against each other, and Crude has found comfort between $90-$95. If either of these events comes to fruition, we will likely see the market breakthrough this trade channel.

Weekly WTI: Oil will try and hold on to its first weekly loss in 9 weeks today. Bearish market drivers up until this week haven’t been able to hold their ground as geopolitical conflict held its bullish grip. 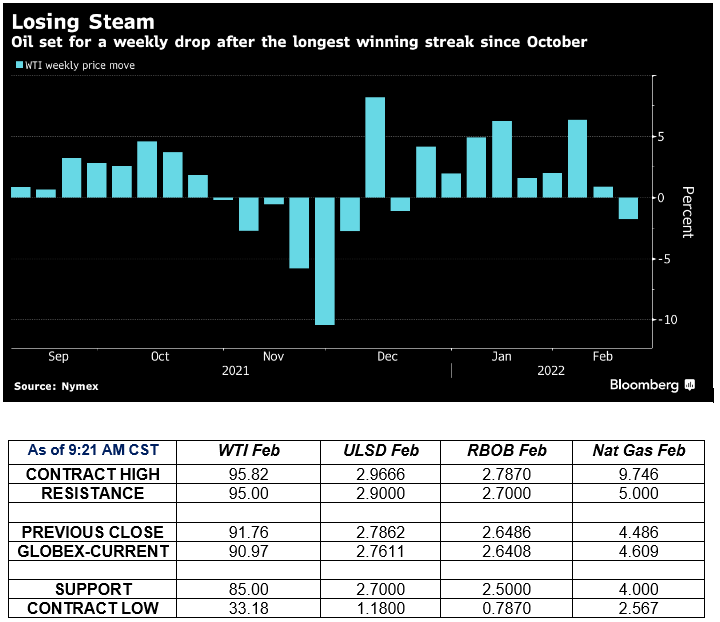