Outlook: Energies are starting the day with significant gains as we carry over from yesterday's shortened trading session. The Russia/Ukraine conflict has taken the driver's seat to start the week as Putin has taken additional measures and increased instability of the situation at the border. Following his actions to recognize two breakaway regions in Ukraine and move troops into those areas, the US and Europe have said they will publicize sanctions Tuesday. On the bearish front, there is speculation from negotiators that an outcome will be reached in the Iran nuclear deal by the end of the week. OPEC+ continues its efforts to assess the overall health of the market with these two market drivers causing high volatility but reiterated their belief that their 400k bpd production targets will stabilize prices.

Continuous Daily WTI: Oil has established a trade channel between $90-$95 as two headlines continue to pull in opposite directions. The market may look for a breakout if an invasion takes place or the Iran nuclear deal is officially revived. 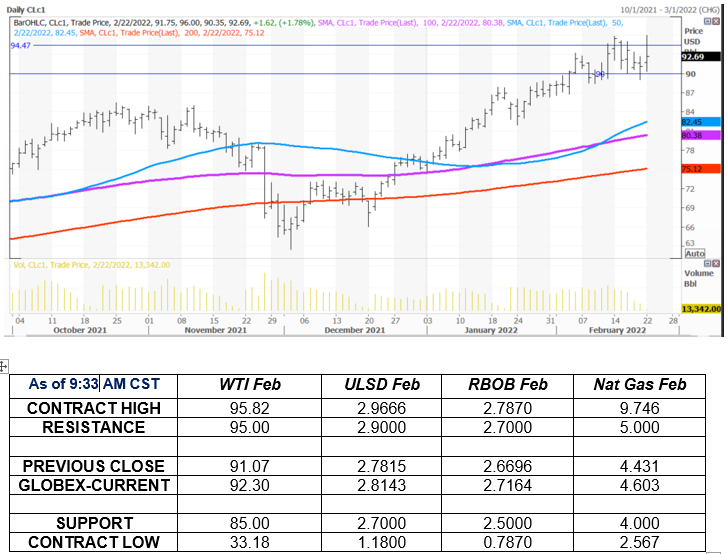